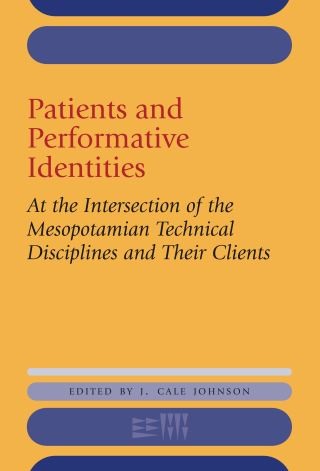 At the Intersection of the Mesopotamian Technical Disciplines and Their Clients

The missing piece in so many histories of Mesopotamian technical disciplines is the client, who often goes unnoticed by present-day scholars seeking to reconstruct ancient disciplines in the Near East over millennia. The contributions to this volume investigate how Mesopotamian medical specialists interacted with their patients and, in doing so, forged their social and professional identities.

The chapters in this book explore rituals for success at court, the social classes who made use of such rituals, and depictions of technical specialists on seal impressions and in later Greco-Roman iconography. Several essays focus on Egalkura: rituals of entering the court, meant to invoke a favorable impression from the sovereign. These include detailed surveys and comparative studies of the genre and its roots in the emergent astrological paradigm of the late first millennium BC. The different media and modalities of interaction between technical specialists and their clients are also a central theme explored in detailed studies of the sickbed scene in the iconography of Mesopotamian cylinder seals and the transmission of specialized pharmaceutical knowledge from the Mesopotamian to the Greco-Roman world. Offering an encyclopedic survey of ritual clients attested in the cuneiform textual record, this volume outlines both the Mesopotamian and the Greco-Roman social contexts in which these rituals were used. It will be of interest to students of the history of medicine, as well as to students and scholars of ancient Mesopotamia.